These different technologies and equipment are gathered in the Meura brewhouse and have all been specially designed to provide exceptional performance in terms of yield, brightness, productivity and wort quality.

The Meurastream: Reducing steam consumption by 52%!

The industrial introduction of the Meurabrew (Meura’s continuous brewhouse) is certainly one of the major technological developments in the recent history of the brewing industry. To date, 4 large size continuous brewhouses have been sold or installed. The Meurabrew is a very attractive solution for large breweries with a limited number of different wort streams and certainly in the case of greenfield projects where utilities still have to be installed. Consequently, this also means that it is not the optimum solution for every project. Thus, both types of brewhouse will continue to exist in parallel.

Batch- as well as continuous- brewhouses still have significant steam consumption and an over-production of hot water. In the last 5-10 years especially, the over-production of hot water has become a problem for many brewers. Since the industry is trying to reduce the water consumption of the overall process, the extra hot water produced in the brewhouse cannot be used or only partly. Often, the hot water tank in the brewhouse overflows on a daily basis which represents a loss of water and energy.

With reduced steam use and hot water excess in mind, Meura has developed a new concept, called the “Meurastream”. The Meurastream principle can be implemented in a batch brewhouse as well as a Meurabrew.

The following diagram shows the principle of the MeuraStream:

This Meurastream consists of 2 major technologies:

The following table compares the Meurastream with a brewhouse without energy recovery and one with the conventional vapour condensation technology (often called the “pfaduko” system). The calculations are made under the same conditions and recalculated to 15°P cold wort. 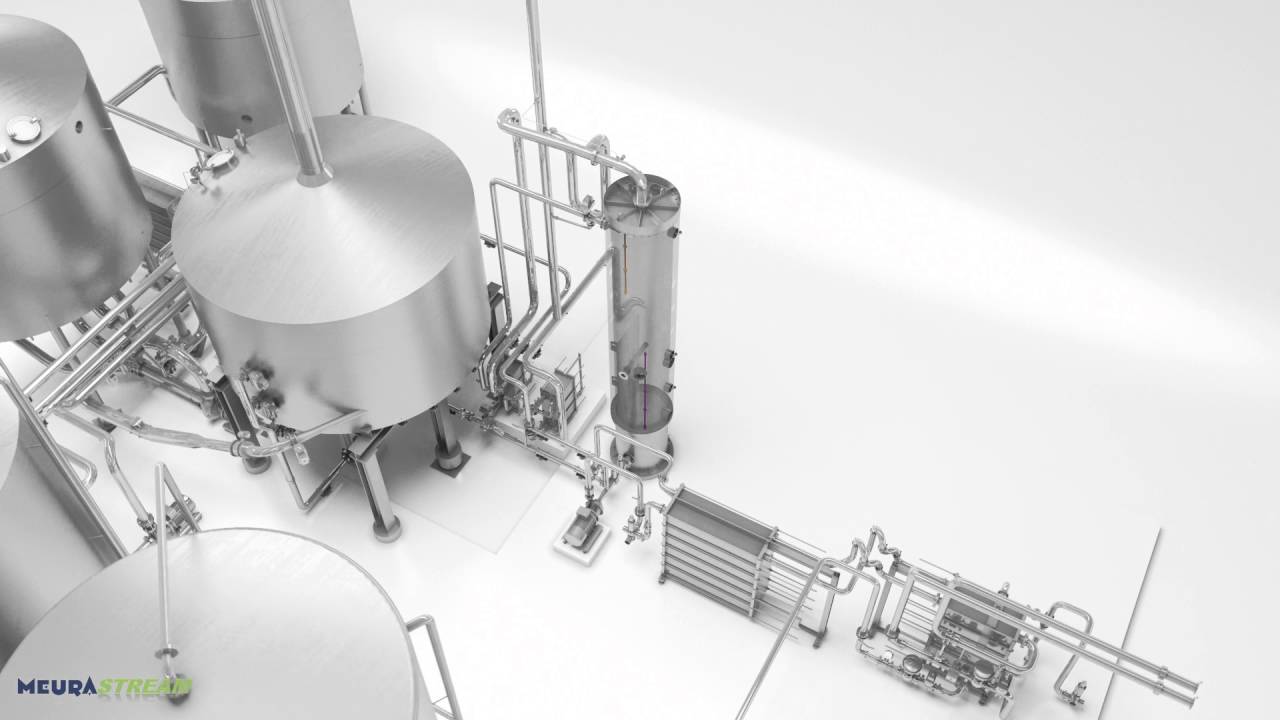